I haven’t been following the Olympics very closely this time around, but I have noticed something interesting. When Canada gets a gold medal, instead using the plain old boring official Canadian flag on the podium, our athletes hold a snazzy flag with a GOLD maple leaf. It looks like this:

There really should be a silver and bronze one too.

I like the gold maple leaf flag, as I said it’s snazzy and a cool way to acknowledge the athlete’s win. But after seeing it a few times now I got to thinking about a discussion I witnessed last year about the altering of Canada’s flag for a different purpose. 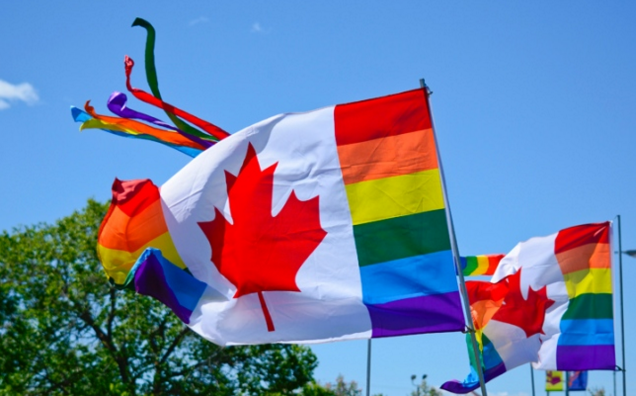 Many folks commented that this flag was “treasonous” because altering our beloved flag for ANY reason is super bad. When asked if they were upset because it had the rainbow Pride colours on it and maybe their bigotry was showing, they claimed oh no, they would be upset over ANY alteration of the Canada flag! Like, they totally don’t like the so-called ‘Oh Cannabis” flag either! 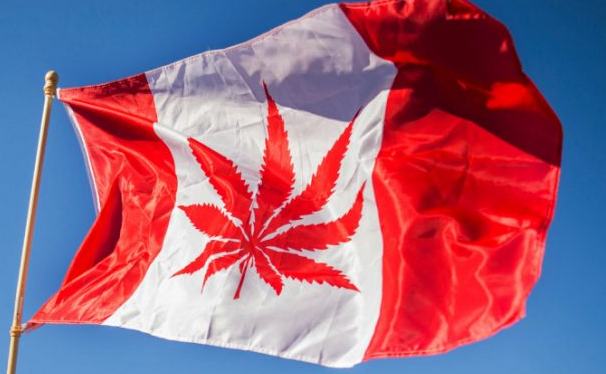 Expect to see this flag everywhere when recreational weed is legalized this summer.

So it got me wondering where those flag folks are right now upon seeing the gold maple leaf flag. That’s an alteration, so shouldn’t they be out in droves?

Oh, but wait. THAT flag is about the Olympic dream and national pride and athleticism and whatnot…clearly there’s no reason to get their panties in a bunch!

I mean, it’s not like the Pride Canada flag stands for anything more than the acknowledgement of the basic human rights of a significant portion of the population or anything.

Certain people get “offended” by anything that doesn’t fit their personal narrative. However it’s 2018 and the world is changing so they feel they can’t just come right out and say they’re against LGBTQ+ people or their event, so they lose their shit over the goddamn flag. Granted there are those that do come right out and say it, but at least they aren’t hiding the fact that they’re garbage people.

So keep this all in mind when those keyboard warriors start their ranting after this year’s Pride Walk. If they didn’t protest the gold maple leaf flag, they have no recourse to protest the Pride Canada flag.