Sometimes our book club is more of a food club.

The annual Sci-fi/Fantasy Book Club That Needs a Name garden party was this week, although it wasn’t able to be in the garden since the weather refused to cooperate. The sheer amount of food folks brought was insane and I ate so much I kinda zoned out for half and hour or so. 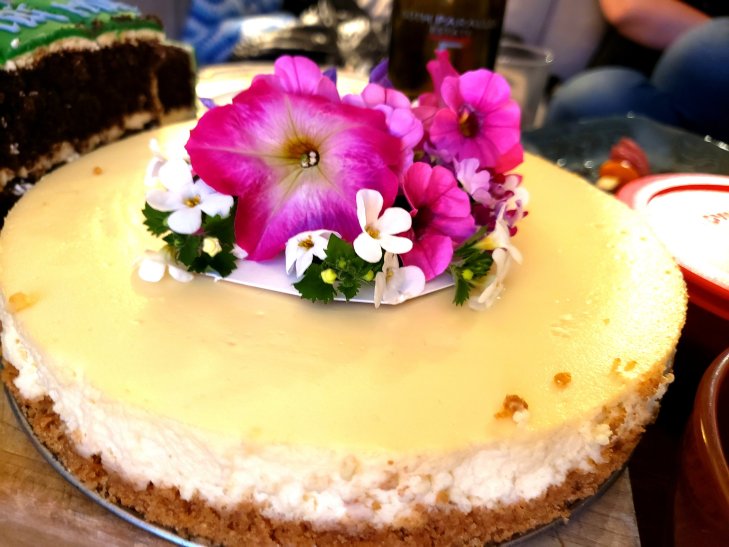 So the summer read for this year was Storm Front by Jim Butcher. Very easy read, I finished it in a day.

Firstly, if you don’t realize that the book’s title is two words, you will turn up links to a neo-nazi “news” site. Two words, not one.

Secondly, the general consensus in the club was… lukewarm, at best? No one really loved it, though I do know at least one member hated it.

I get why she hated it; Butcher’s protagonist, Harry Dresden, is a chauvanistic prick. In this day and age, it’s just draining to read about yet another cis white man that’s mansplaining and talking down to a women, even if he’s an older-than-he-looks-from-a-different-era magic man. If we wanted that, we could just pop onto Twitter.

I must be getting desensitized to dude bullshit, because while I was annoyed by some of Dresden’s inner monologue and actions, I’ve read worse in comment sections online this week alone… I don’t want to give it pass, but the fact that Dresden thought the big bad was a woman because woman are just vindictive like that and it turned out to be some guy does make me feel a bit better.

Dresden has a chauvanistic attitude, as I’ve said, but he’s not a total garbage wizard. He does come to the aid of his cop friend Murphy when he realizes she’s going to get shanked by a magic scorpion, and he manages to not take advantage of a date that mistakenly downs a love potion… although the demon that shows up had a lot to do with it.

Although just doing the bare minimum of being a decent human is a pretty low bar.

Side note: Can we stop the “Love potion as a magical roofie” trope? This book came out 18 years ago and the world is a different place now, so hopefully people know better, but still… if you’re thinking about using it in your story, don’t.

We’re told the series does get better and Dresden becomes slightly less of a prick, but this isn’t a series I particularly want to continue… maybe if I come across book #2 somewhere and don’t have anything else to read (unlikely), then I MIGHT consider it.

But yeah, not for me.

I don’t know what the official count of finished/didn’t finish was for this book, but since I’m pretty sure some didin’t finish, Septa Unella will ring us out…

Next Month: After three years, we finally read a Neil Gaiman solo effort! Join us in reading Neverwhere for our September read!